Distributed denial of service (DDoS) attacks are growing complexity and malice. Prahost offers flexible solutions for such DDoS attacks, so you can stay connected, reduce the data theft, and protect your business.

Since 2008, PraHost is aiding their clients in detecting and alleviating DDoS attracts, even before they develop a strong hold on the servers. We keep investing in the latest security technologies to ensure that our clients are safeguarded from the most despicable activities on the internet. Our DDoS protection system has three essential steps - Analysis, Mitigation and Reporting. 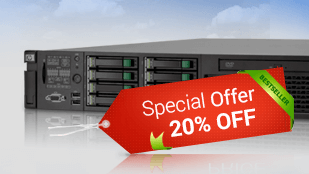 All servers run the risk of being the victim of DDoS attacks and the worst part of DDoS attacks is that they do not just happen once. There are numerous attempts and attacks from various directions. A Distributed Denial of Service Attack can have a massively negative impact on the running of your business. It does not matter if you are a small business, e-commerce Company, large enterprise, or any government establishment. If your website has an Internet presence, then it is vulnerable to DDoS Attacks. It is essential that you take the necessary precautions to detect and stop these attacks before they do any significant damage to your business.

PraHost DDoS Protection - Behind the Scenes

It is vital to understand that DDoS attacks are of various types and there is no one solution fits all strategy to fight against such attacks. First, it is important to identify and incoming attack, then to identify its type. Only after the type of an attack is detected it can be mitigated.
When you sign up for PraHost ddos protection, you will be asked to ascertain a group of IP addresses in your network. We will take these IPs and set them up for mitigation and analysis. The PraHost threat detection system will monitor the complete network traffic concurrently by implementing SAPS (statistical analysis of packets) at the edge of the network.

In case an incoming attack is identified, the network traffic will immediately be routed to the PraHost ddos protection System, which is a specialized piece of hardware which is committed to initiating automatic DDoS countermeasures depending on the type of the incoming attack.

Many web-hosting providers do not use an advanced ddos protection system to safeguard their network. Thus, in times of DDoS attacks, such providers are unable to handle the large attacks on their servers, which in the end hampers their customers. Such uncontrollable attacks may have a very negative impact on your business and sometimes there is so much of loss, that it is irrecoverable in real time.

The PraHost ddos protection System can be initiated in a matter of minutes without the need for any DNS changes.

Dedicated ddos protection Systems costs thousands of dollars and we at PraHost invest in the latest measures to ensure that you are safeguarded from the most mainstream attacks as well. We also upgrade our networking equipment along with the ddos protection systems due to compatibility issues and hire specialized DoS administrators who are adept at handling DDoS mitigation issues to monitor our servers 24x7x365 days.